Looking forward to protecting your online business from cyber attacks?

However, the best solution to cyber attacks is early prevention. In this article, we’ll show you 12 ways to protect your online business against cyber attacks.

What Is A Cyber Attack?

A cyber attack is an effort to gain unauthorized access to computers, steal information, or use a hacked computer system to initiate other threats. The goal of cyber attacks is to disable, disrupt, destroy, or change. Sometimes, cybercriminals block, delete, modify, or steal the business data stored on computers.

They use their technical skills to plan and carry out destructive assaults. Also, they are frequently referred to as malicious people, threat actors, and hackers.

Sometimes, cybercriminals belong to organizations that collaborate with other threat actors to identify computer system flaws. In addition, cyber attacks are carried out by firms of computer professionals funded by a government organization.

They have been accused of assaulting the information technology (IT) infrastructure of other governments and non-governmental organizations, including companies, charities, and utilities.

The following are the major types of cyber attacks;

Malware attacks are frequent cyber attacks in which the victim’s system is hacked by malicious software. Malicious software or viruses include ransomware, malware, command and control, and other assaults. Malware breaches a system by targeting a weakness. Weakness may occur when a user opens a harmful link or email attachment that prompts the installation of risky software.

Phishing is the most common type of cyber attacks. It is a technique for delivering a false text message. The phishing text message always appears to be from a trustworthy source, typically via email. The intention is for data breaches – to steal or get sensitive details, like login and credit card, or to infect the victim’s computer with malware.

A denial-of-service (DoS) assault is a cyber-attack in which the hacker tries to render a computer inaccessible to its intended users. He does this by interrupting the operations of a host that is linked to a network. 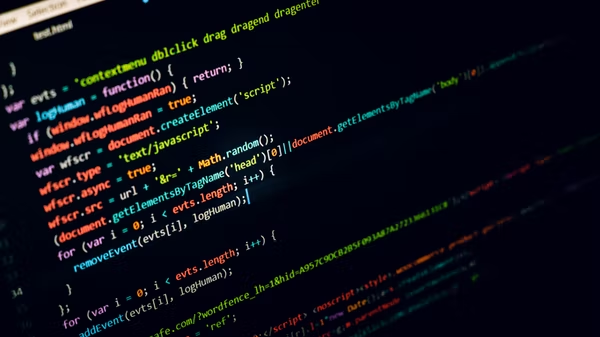 SQL Injection (SQLi) is a sort of injection attack that enables the execution of malicious SQL commands. These commands manage a database server that is hidden behind a web application.

SQL Injection vulnerabilities allow attackers to overcome application security protections. They can bypass authentication and authorization of a web page or app and access the complete SQL database’s content.

Zero-day exploit is a tactic hackers use to target systems that have unknown vulnerabilities. Though, vulnerability can take many forms. And they include missing data encryption, missing authorizations, flawed algorithms, flaws, password security issues, etc. These are pretty difficult to identify.

DNS Tunneling is a type of cyber attack in which the information of other programs or protocols is encoded in DNS queries. DNS tunneling communicates non-DNS traffic across port 53 by utilizing the DNS protocol. It uses DNS to transport HTTP and other protocol traffic.

DNS tunneling may be used for a variety of acceptable purposes. There are, nevertheless, malevolent motivations to employ DNS Tunneling VPN services.

They can be used to mask outbound traffic as DNS, obscuring data that would normally be exchanged through an internet connection. DNS queries are altered for malicious purposes in order to steal data from a hacked system to the attacker’s infrastructure.

Having known the major types of cyber attacks, how do you keep your business safe from them?

How To Keep Your Business Safe From Cyber Attacks

The first step in protecting your online business data from cybersecurity threats is to apply effective procedures. These include strong passwords, using a premium domain, data back-up, and strong anti-malware solutions. So, if you want to get started right away, use these cyber attack prevention methods!

Backing up data is one of the most effective strategies to protect your business data from cyber attacks. There are various backup strategies. And these include daily incremental backups to quarterly and yearly server backups. Ensure to check your backup data to determine if it is functioning and how you may restore it.

To avoid data breaches and other cybersecurity threats, make it a habit to back up your data to an external disk or portable device, such as a USB stick.

Protecting the security of business hardware is sometimes neglected in favor of getting the newest and most advanced cyber security software. However, it is a basic, yet efficient method of keeping attackers from stealing corporate equipment and confidential data. Equipment loss or theft is a serious concern that needs to be addressed.

Therefore, secure all devices with a strong password. Make sure you disclose it with just the device user. And commit it to memory rather than writing it down somewhere easily accessible. Do not underestimate the power of physically linking pcs to desks.

Afterward, install ‘locate my device’ software on all gadgets – laptops, phones, and tablets. This way, the authorities will be able to rapidly find stolen equipment.

Do not use passwords to secure access to your computers and systems that contain sensitive business data. Rather, go for passphrases. A passphrase is a combination of phrases and groups of words that serve as passwords. They are simple to memorize for people but tough for robots to break.

A safe passphrase should be:

You run the danger of losing all your accounts if you use the same passphrase across the board. Consider using a password manager, which will securely store and generate passwords for you.

Create processes and policies to defend your firm against cyber threats. Besides, establish guidelines for resolving issues that emerge. Make it a point to spell out how to handle problems and the repercussions if an employee breaches the policies. Then, limit physical access to corporate equipment and appropriately dispose of them.

In addition, prevent unauthorized individuals from accessing workplace computers and portable devices. Laptops and smartphones are popular targets for cyber thieves. The reason is that someone can easily forget or steal them. Reset gadgets that are being discarded to their factory settings.

Furthermore, never discard a cellphone or laptop without first completing this procedure. Failure to do so may result in sensitive firm information falling into the hands of a cyber-criminal.

To prevent cyber criminals from accessing your computer or network, take the following precautions:

Super admin permissions enable somebody to perform more challenging or sensitive activities. Such activities include installing applications or establishing new accounts. These will differ greatly from regular or guest user rights. Criminals will frequently seek these rights in order to gain greater access and influence over your firm.

To tackle this danger, create a regular user profile with a master passphrase. Use administrative accounts only when required, and limit who has access.

Learn to update all the software your firm uses. Hackers may use flaws in old software to penetrate your corporate networks and steal important data, conduct a cyber assault, and inflict enormous harm to your business and reputation. At least twice a week, check all key software for updates or new security patches. Then, ensure that all devices have the latest security patches and upgrades.

Use Effective Firewall And Anti-Malware Solutions

It is critical to engage in anti-malware software that is specifically developed to cope with the most recent malware threats. This anti-malware software may detect and isolate malware and viruses once they have entered your system. It is vital to prevent these dangers from entering your gadgets.

Remind your staff of their responsibilities for safeguarding and protecting the information of their coworkers, customers, and the firm. Establish policies so that people understand what activities are acceptable and inappropriate. Limit the number of users with administrative access within the organization.

This will limit the number of apps people may download. Thus, they reduce the chance of downloading viruses and harmful malware.

Know The Difference Between Fake Antivirus Offers And Real Notifications

Instruct your staff to spot false antivirus warning signals. Tell them to notify IT immediately if they discover anything suspicious. Check to see whether your organization has a policy for what to do if an employee’s computer becomes infected with a virus. Malware is deceptive software that may get access to devices via the Internet, social media, email, attachments, and downloads.

Key-logging malware, for example, can record whatever the user enters on their keyboard. This implies that cyber thieves might gain access to bank accounts, client information, passwords, and other critical firm information.

Teach your clients why you gather their personal info and how to use it. Assure customers that your organization will not need critical information such as their social security number or bank account information over insecure communication channels such as text messages or email. Request that they report any suspicious messages.

Businesses may foster a security-conscious culture in which they discourage password sharing. They teach employees about the hazards. Not only that, they set a good example and won’t give passwords or require employees to log in visitors, contractors, and recruits temporarily.

Providing temporary passwords for contractors will also reduce circumstances in the workplace when password sharing is required.

Keep An Eye On How Computer Systems And Equipment Are Used

Keep track of all the computer software and hardware that your company uses. Check that they are safe to prevent unauthorized access. Remind your staff to be cautious about where and how they store their electronic devices. If you use USB sticks or portable hard drives, unknown viruses and other risks might be carried from your house to your workplace.

In addition, past workers gaining unauthorized access to systems is a prevalent security risk for firms. Remove access from persons who no longer work for you or who change positions and no longer require access.

These are some tips for protecting your online business from potential cyber-attacks. Moreover, invest in a solid SSL certificate for increased data encryption and data security between web browsers and servers. Invest in cyber security insurance, which will help protect your business from cybersecurity threats and data breaches.

Need help with buying premium domain names? Reach out to Domainify today, and get the perfect domain name that best fits your industry.